Splendid climb up to the Luisin summit via the Emaney pass, suitable for good hikers and without any major difficulties.

Cross the dam and follow the path along the lake on the right bank. At the site known as Les Ottans (1), there are crossroads: take the path which leads to Col d’Emaney (Emaney Pass). A little further on, leave the lakeside track (2) and follow the trail as it winds through a pretty little valley, passing close to Ottans Lake and the former gold and arsenic mines. From the pass (3), the track follows the crest up to the peak (4). This may be a difficult passage for those susceptible to vertigo. The return can follow the same trail or head down from the peak in the direction of La Creusaz, along a trail that includes passages equipped with chains and ladders.

NB: the Luisin crest is quite steep and may cause difficulties for anyone who suffers from vertigo. 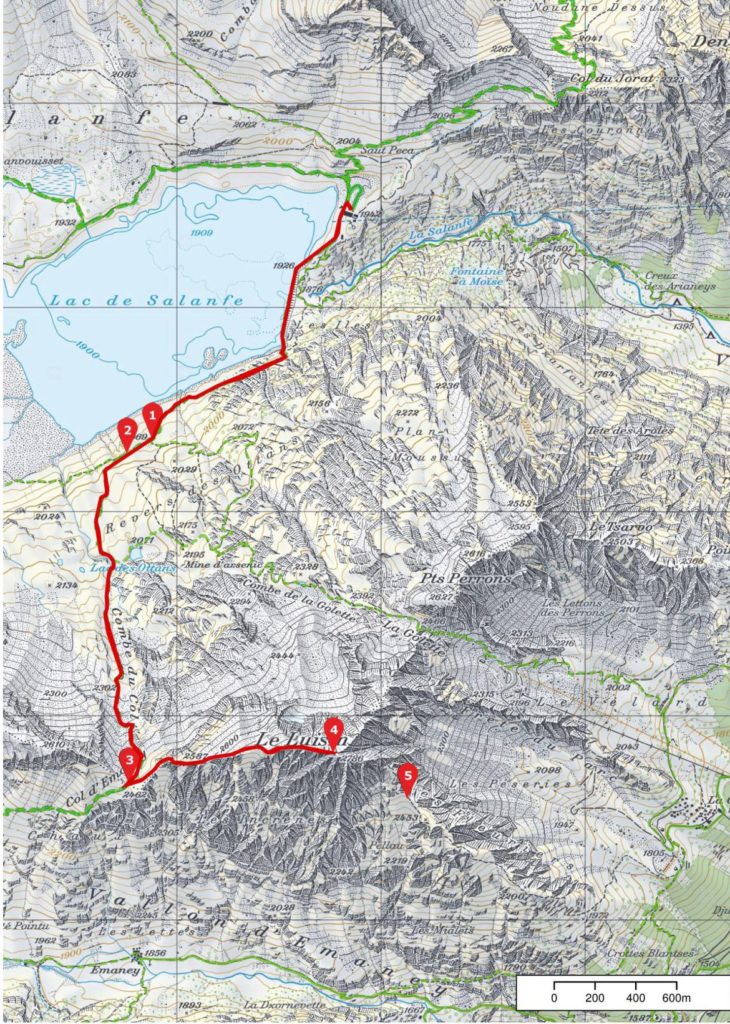