At a height of nearly 2 500m., the climb up to the Susanfe Pass offers fantastic views over Lake Salanfe and the neighbouring Dents-du-Midi Massif. It’s the starting point for the climb to the Haute Cime (the highest peak of the Dents-du-Midi).

From Salanfe dam, follow the edge of the lake along the left bank. About 2/3 of the way along the lake (1), the trail leaves the road on the edge of the lake and goes up to the right, to a plateau known as Lanvouisset (2). From there, the trail climbs towards the pass, winding up a spectacular rock face where a handhold (3) has been installed for greater safety (be careful at the beginning of the season, the snow tends to remain here for a relatively long time; check at the Inn for further information). The trail then heads across the slopes of rubble which lead up to the pass. From the pass (4), you can reach the Susanfe cabin (45 mins) and eat there or continue climbing up the Haute Cime. 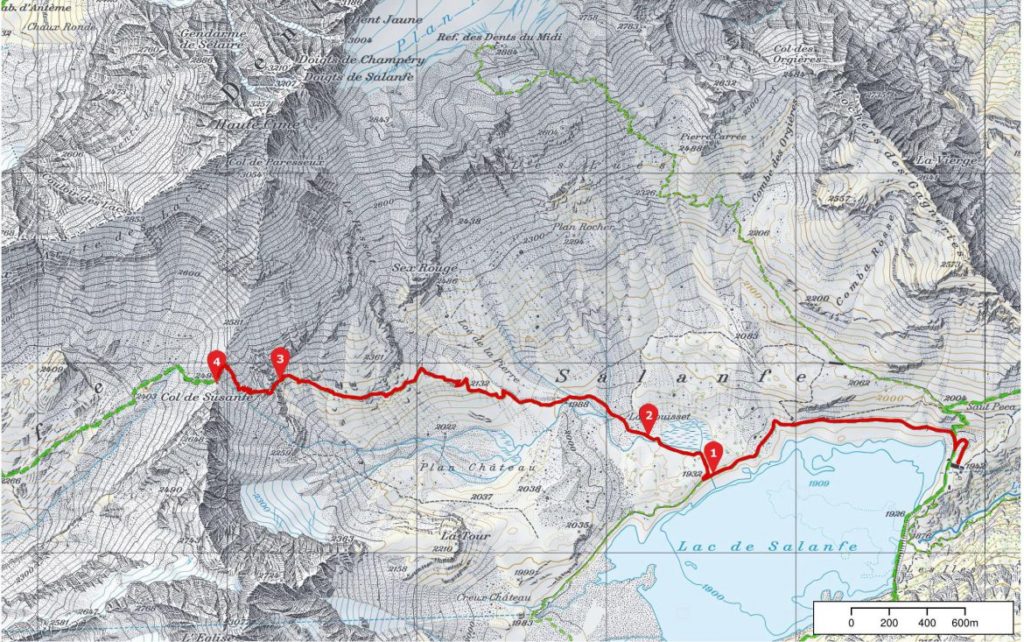