From the Inn, follow the jeep trail which passes behind the second building (1). The trail crosses another one which leads up to Jorat pass (2), then heads towards the Dents-du-Midi via Chalet de l’Alpage (3). As the trail climbs, it becomes rockier, but it is very well-maintained by the Swiss Alpine Club (SAC) which runs the hut. The trail goes around the well-known landmark, Pierre Carrée (Square Rock, 4). It then meets up with an unmarked trail which leads towards the Susanfe pass. About half an hour away from the hut, the trail passes just below it and there can often be patches of snow remaining here. There are fabulous panoramic views from the refuge (6). It is also known as the Plan Névé refuge and is managed by the Bex section of the SAC Argentine. The return is via the same trail.

This is a very pleasant way to extend the trail between Auberge de Salanfe – Cabane de Susanfe and a good alternative to climbing the Haute Cime for anyone who is not keen on heights.

NB: Do not go onto the glacier as there are crevasses.

Climb to the Haute Cime on SuisseMobile 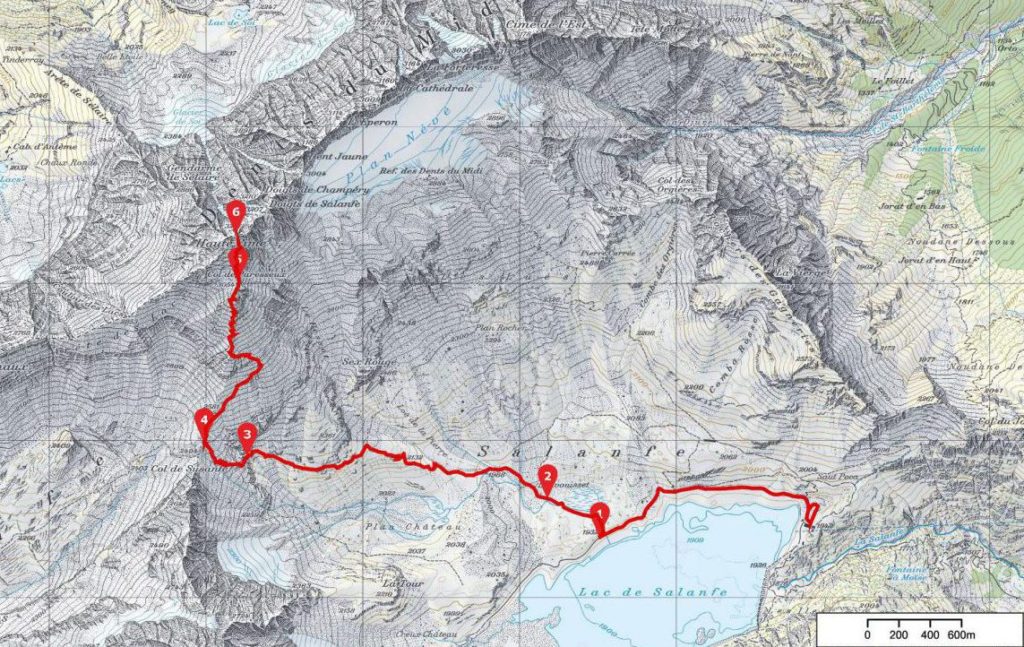